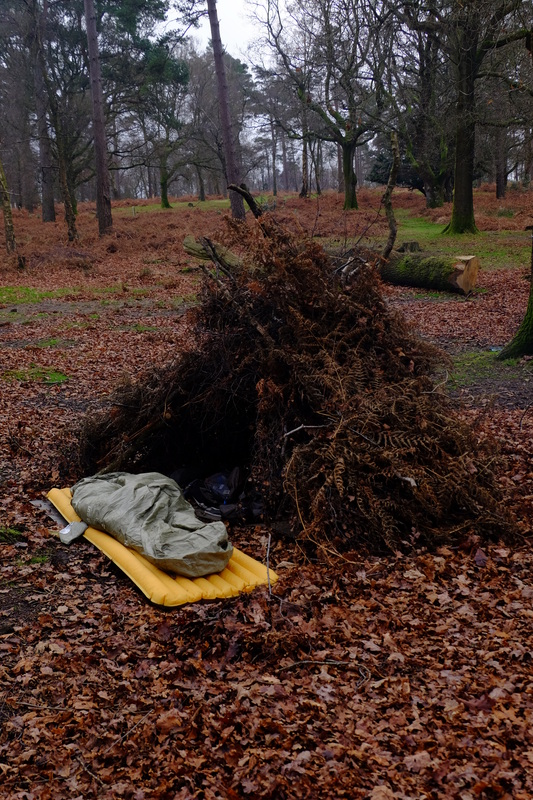 AMK SOL Escape Bivvi in use in December 2015.

On paper it looks too good to be true. An 8.6oz (243g) breathable bivvi bag that also reflects back your own body heat. The name, Adventure Medical Kits Survive Outdoors Longer Escape Bivvi is quite a mouthful. When I first came across it on the AMK website I thought it had to be worth testing out. If the claims are true here’s a 250g piece of kit that can replace my bivvi bag and sleeping bag in the warmer months of the year. A massive saving on weight.

AMK make the Escape bivvi both in ORANGE and in an Olive drab. Unfortunately the UK importer only imports the ORANGE version and not the green. Fortunately the green version can be had on Amazon.com, including delivery to the UK. Even better it worked out half the price of buying the orange version in the UK. Win. 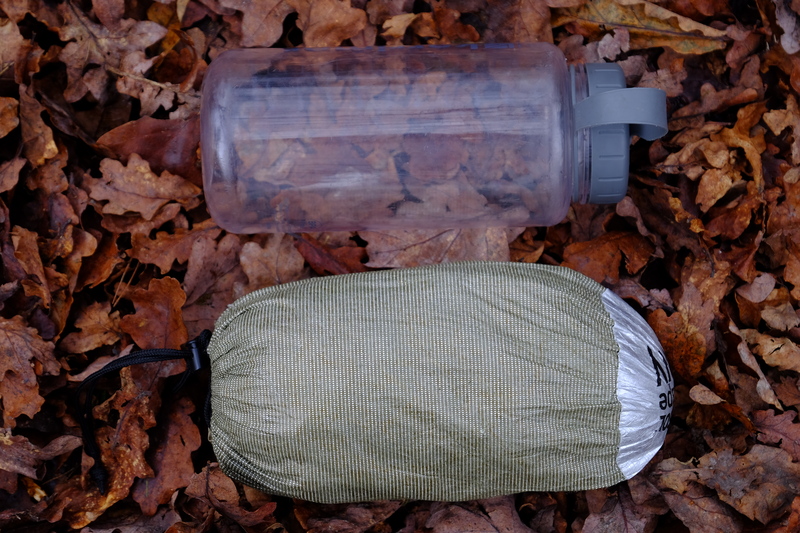 As it comes the bivvi bag is packed into it’s stuff sack, which is made out of the same fabric as the bivvi bag itself. When it arrives is the only time it will ever be that size, after using and repacking it a few times it sort of settles at about the size of a Nalgene bottle. Not quite as small as originally packaged.

The fabric is sold as breathable and heat reflective bivvi bag that can even replace a sleeping bag down to 50°F. Pah! No chance.

The bag reflects back most of your body heat, which is great, but because it’s next to your body it’s not able to prevent conductive and convection loses. I’ve tried various permutations of fully clothed, just a base layer, with a sleeping bag liner. Even testing it inside when the temperature was about 18°C, it just wasn’t warm enough to use on it’s own.

So what about with a sleeping bag? This is where you come up against the other major issue with the bag, the size. In order to keep the weight down they have made the bag quite small. Whilst I fit in it length wise, it’s a tight fit round the torso. I can fit in with my summer sleeping bag, but with my winter bag it compresses the insulation so much that you don’t get the benefit and end up with cold spots. With a summer sleeping bag inside, this bag does provide extra warmth and can give a few extra degrees performance from your sleeping bag. But, if it’s too warm, and you start to sweat, you hit the next issue.

Breath-ability. This is an interesting one. AMK claim that the bag is breathable. And I’m sure it is, to a point. AMK do not list a Moisture Vapour Transmission Rate, the measure by of how well a fabric breathes. So whilst I’m sure that some moisture escapes, it certainly doesn’t seem to be all of it. I have had a few dry nights sleep with the Escape Bivvi, these have been nights where the ambient temp has balanced well with the combo of sleeping bag and bivvi bag. In summer where I’ve ended up slightly too warm and thus sweated, you get a damp bag.

So it’s not particularly warm, and it doesn’t seem too great at letting the water out. Does it at least not let the water in? In a word: No. If used under a tarp, or on a dry night, it’ll keep the dew off your sleeping bag, and it’ll be OK with the odd spray that may come in the side of the tarp. But used in a rain storm, you’re gonna get wet.

So is it all bad news? Not entirely. As an emergency survival bag it’s light enough to drop in your pack and should keep you alive until Mountain Rescue can find you, and on nights where you want to keep the dew off your sleeping bag and the temperature is just right, it does work. If AMK made a slightly larger version so you could get a winter sleeping bag to fully loft inside, the extra warmth the reflective fabric gives would be useful. But for a bag that has so much promise, so much potential, AMK seem to have ended up well short of the mark.