My friend Lyn invited me to join her for a paddle on the Kentish Stour. “I don’t own a Boat” I said. “Not a problem” she said.

Lyn picked me up in a car with a pair of Kayaks on the roof, and we headed to Grove Ferry. Departure was delayed by half an hour as we waited for a cloud burst to end. But with the cloud cleared, we put in and headed up stream. I have done some Kayaking and Canoing over the years, but consider myself very much a novice. I was feeling a bit unstable as we paddled up the river.

The flow was firmly against us as we went up stream, compounded by a head wind. “Don’t worry, it’ll be easier to come back” Said Lyn as we passed under the Grove Ferry bridge.

The further we went up stream, the darker the sky grew bringing with it rather beautiful clouds. 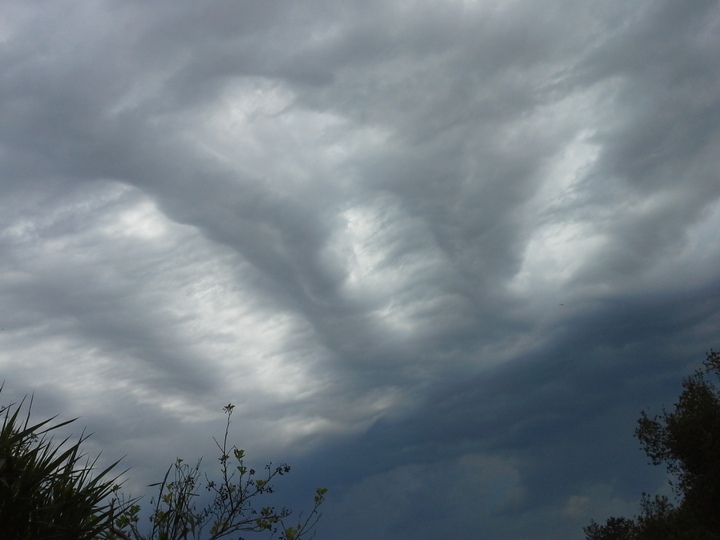 With darkening skies came the first rumbles of thunder. Rolling low across the land from the distance. We continued to paddle up stream

The skies lit up with giant forks of lightning crashing down on both sides of the river. I briefly pondered what material my paddle was made from, before concluding the trees were taller so I shouldn’t worry too much.

We weren’t far from our planned lunch stop when the rain began. Starting as just a few large drops it rapidly became a full on downpour. Fortunately it was a warm rain, I was wearing clothes that should dry pretty quickly, so we continued through the storm. It didn’t take long until I was soaked through the skin.

A couple of minutes before we reached our planned lunch spot the rain sputtered to a halt and the sun came out.

We came in to the planned landing site, and I ran the kayak up onto the bank. Mostly grounded, I pulled myself up into a squat, then turned round to get the water bottle out of the rear deck hatch, closed the hatch.

“You’re doing well there, I wouldn’t stand up like that”.

All I had to do was turn round to face the front, and get out…

My luck ran out as I sat back into the river. The water was surprisingly warm, and I was soaked from the rain anyway. Ah well, I’m in the river now. I pulled the boats round to push them up the bank so Lyn could get out. Lunchtime.

We ate lunch in the sunshine, drying out as much as we could.

Lyn pulled out an umbrella and used that as a sail. Much to my amusement… 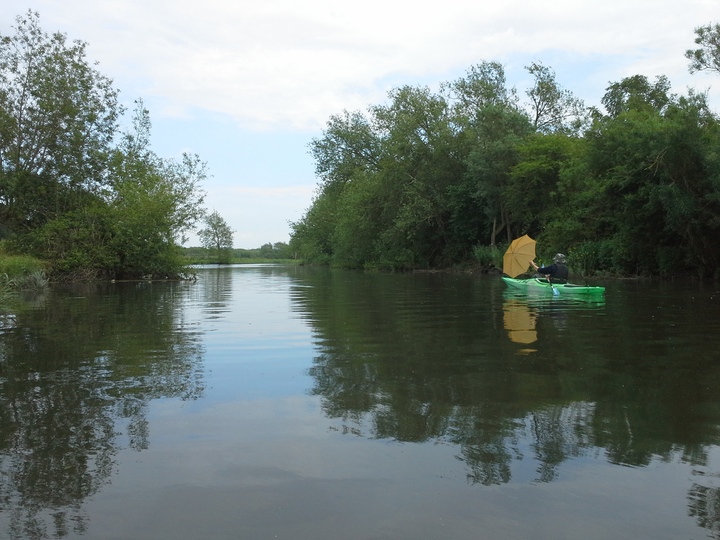 I tried the umbrella sailing, and managed to just go backwards, then round in circles, and eventually into the winds. I gave up and went back to the paddle.

One thing that caught my eye as we headed downstream was a tree with curious teeth marks. It looked very similar to the tooth marks I’d seen from a Beaver in the Ardennes. 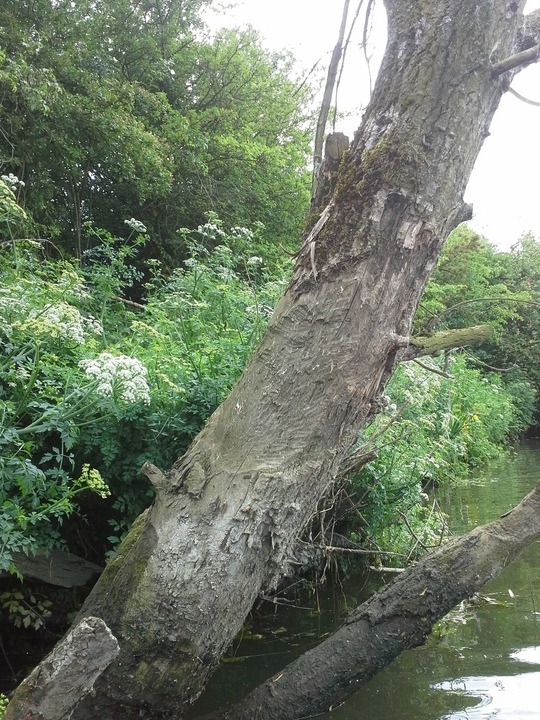 Beaver teeth marks on a tree

The rest of the paddle was pretty uneventful, beyond the ever present opposing current. We returned to Grove Ferry, where I managed to get out without falling out this time.

A successful trip. As we packed the kayaks back on the roofrack plans formed for an over night kayak trip…

This post is another in response to a question I’ve had: (Slightly Paraphrased)

“Do you really fit a weekends worth of wild camping gear in 5kg?”

The answer is Yes, I do. But before I go into details of what makes up the bulk of the 5kg, I should qualify things. Firstly, that 5kg is dry weight, so that doesn’t include water, food, or fuel. Secondly, that is the summer bag. In winter I use a heavier sleeping bag and a heavier bivvi bag, making my dry pack weight nearer 6.5kg.

The big three is a term coined by Ray Jardine. They make up the bulk of the weight of your pack. So what are they?

In non ultra light hiking it’s easy to pile on the pounds with these three items. Before I started aggressively lightening my pack the big three were:

You can see that these three items alone are over 9kg. Having 110L of backpack then encourages you to take more stuff, after all you’ve got the space in your pack… This resulted in my lugging 25-30kg backpacks round Europe on various trips before I decided that there had to be an easier way of doing it.

So what are my current big three?

Those of you good at mental arithmetic will be able to quickly sum that the total for the big three is 3.092kg. Giving me around 2kg for all the other bits an pieces.

I mentioned before that this is my summer bag. What changes in winter?

This adds 1.3kg on to the weight of the summer bag. The only reason I change bivvi bag is because the AMK SOL Escape bivvi bag is a bit tight on the hips, causing compression of the loft, resulting in cold spots. I am thinking of getting an Alpkit Hunka XL for next winter, saving me about 400g.

So you can see, a simple yet light big three, with the best part being that the most expensive single item was the sleeping bag (£93 for the Laminina 20, and £85 for the Lamina 35). Going ultra light doesn’t need to be that expensive.